When I was in Florida teaching my classes for Lumix I ran across this gentleman and asked if I might make his image. He agreed. I used the Lumix GX7 because that’s the camera I have with me almost all the time when I’m out and about.

This turned into a little test because I wanted to see how the photo would look from the back-lit position I was in. What is the mood of the image with some small changes? I liked it but thought I wanted to see what the same subject would look like from a slightly different angle. The point is you can change the feeling of a portrait just by changing the persons position to the light, add a little direction for expression or hand position or any number of other simple changes by thinking about the final image. Here is a before and after… 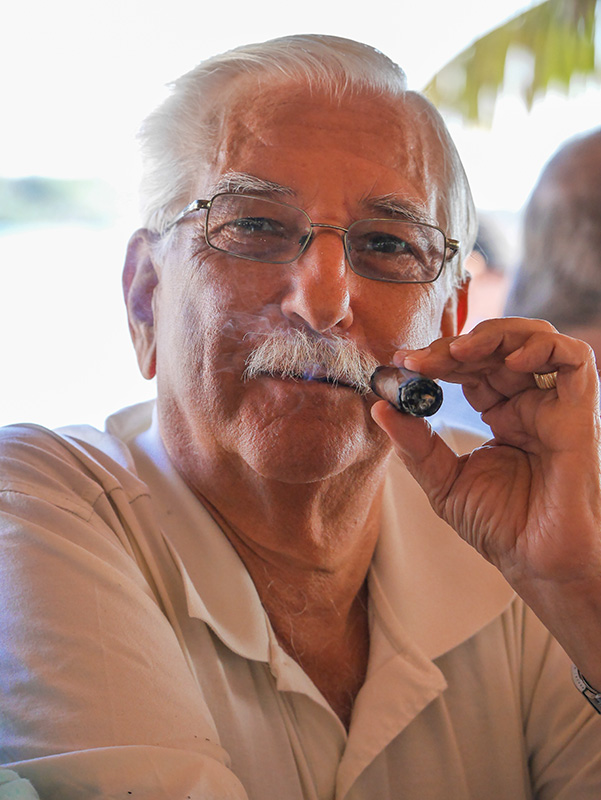 Original capture of gentleman with cigar in the tropics. 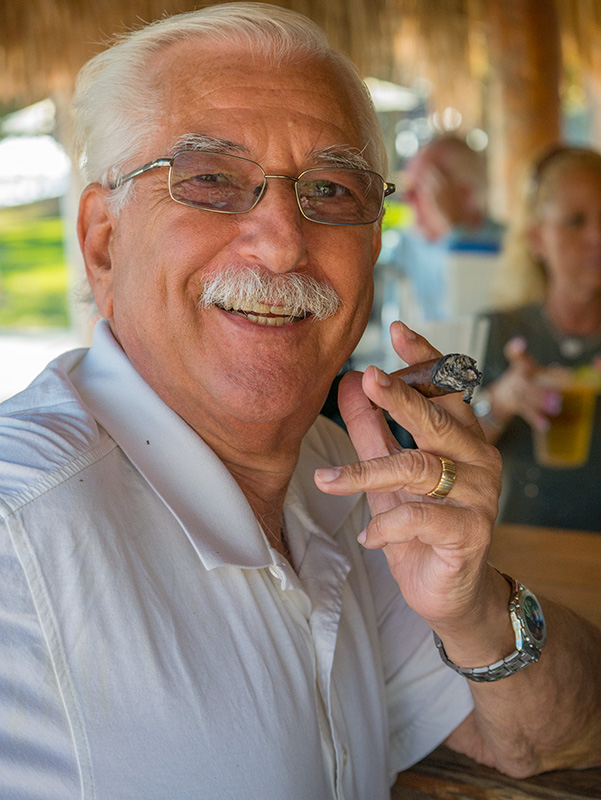 Different angle. Different expression. Different lighting. Better? Not necessarily, but different for sure.

Please when making images in public ask for permission to create the photo. Even more important make sure you have permission to show the image online in a public place. Case in point I asked if it was OK to share theses images and lesson with you and he said it was OK but leave off his name.

On another note, make sure if you tell someone you are going to send them images from your shoot that you do so. When in Paris I told a couple artists at Monte Marte that I would send them an image. I received replies upon sending their images that 1000’s of people promised to send them photos but I was the first one to actually do so… Keep a good reputation for yourself and photographers who follow in your footsteps.

Yours in photography,      Bob