The parties move around to a different restaurant each night during the Sedona Film Fest and last night it was Sounds Bites Grill playing hot with a great spread and music by Ralf Illenberger on guitar and Troy Perkins on his handmade bass. Just seeing the work Troy did on his bass guitar shows me he’s a pretty incredible carpenter! (missed the name of the drummer… sorry about that!)

Michele asked me to stop by to create some stock advertising images for future promotion of the restaurant showing how they take care of biz for group events. Here’s a few. 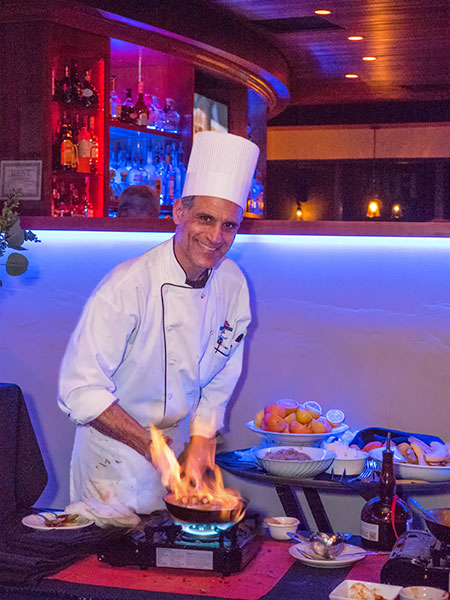 Chef kicking out the Bananas Foster 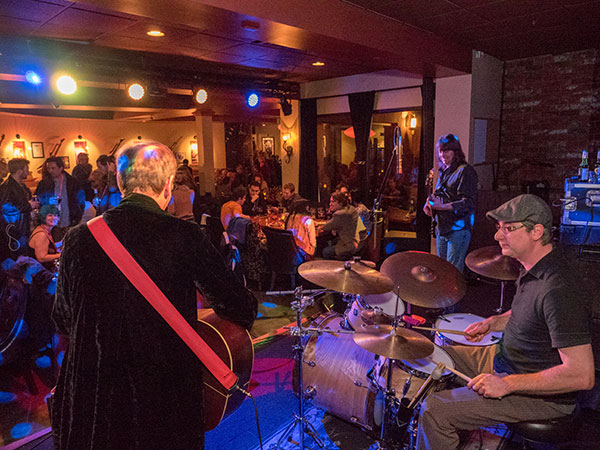 Capturing the crowd from behind the stage 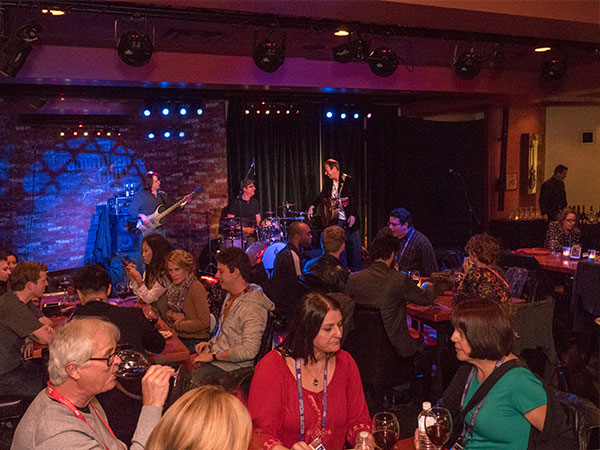 Looking round from the regular direction, crowd to band photo. 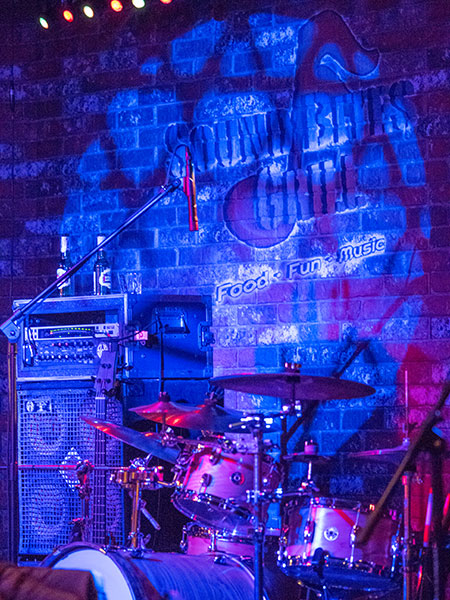 A little slice of the stage with the Sound Bites logo lit on the wall.

Images were captured with the Lumix GH4 and a bit of on camera fill flash. Always try to not make the flash apparent by dragging the shutter (slow shutter speed) to allow the background to register with the ambient light and then a kiss of flash to freeze and fill the foreground.

Tlaquepaque our local Sedona Mexican Shopping Village and gathering center, put on a very colorful event in honor of the Day of the Dead AKA Dia de Muertos.

Here’s the first line of explanation from Wikipedia… “Day of the Dead (Spanish: Día de Muertos) is a Mexican holiday observed throughout Mexico and around the world in other cultures. The holiday focuses on gatherings of family and friends to pray for and remember friends and family members who have died.”

It’s a very colorful event. People dress in costume, actors perform, musicians play, sky dancers fly and artisans display. In short a photographer’s paradise. I met a lovely lady who was costumed as a Catrina which is one of the most popular figures from the celebration. She entranced me so I gave myself the assignment of making her the centerpiece of art based on some of the images I made during my visit. 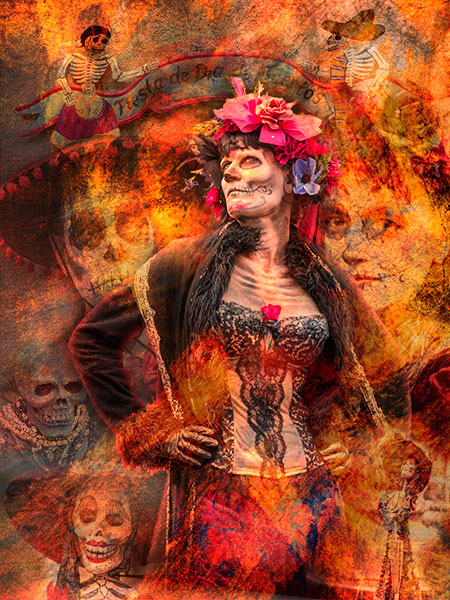 Pash Galbavy, dressed as a Catrina, as the focus of one of my Dia de Muertos art images…

When I asked Pash if she would mind my making her image she said, “No problem!” then began to move like a model… With good reason! She is an artist in her own right. (learn more about Pash at unmaskit.com and artofpash.com)

Using multiple images from the day and some of my texture files I worked with Adobe Photoshop creating layer after layer utilizing blend modes and masks to combine images in many ways to get to the result you see above.

Look for more ‘self-assignments’ from this ‘busman’s holiday’ at Tlaquepaque in future posts here at Successful Photographer.

PS – What are you working on to stretch your photography skills??

When working with capturing expressions when people are telling stories you almost have to pretend you are shooting sports or wildlife. Study how the person moves, when they pause, what happens when they laugh. Do they throw back their heads or gently smile? When people are sharing stories they will often look up or down when trying to find the story inside their brain. Eyes don’t stay open as long etc. When photographing anyone but especially celebrities you want to make sure you are getting the optimum moment so they look their best. The Lumix GX7 was a great help in capturing expressions from this interview. NO lag time on focus and when necessary you can turn on the fast capture and get 10 fps. Even then you need to fire at the right moment to get a pleasing expression. 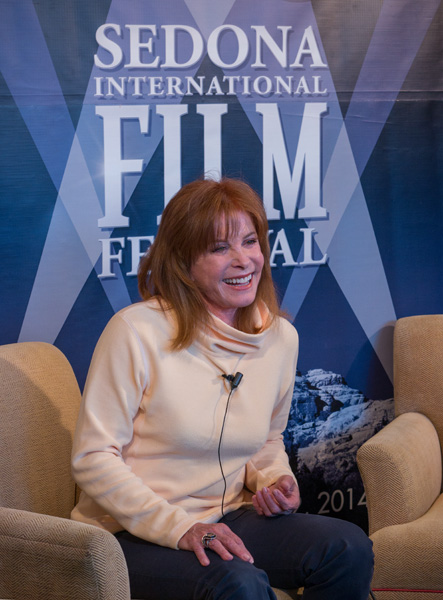 Timing was extremely important in getting good expressions during this interview. 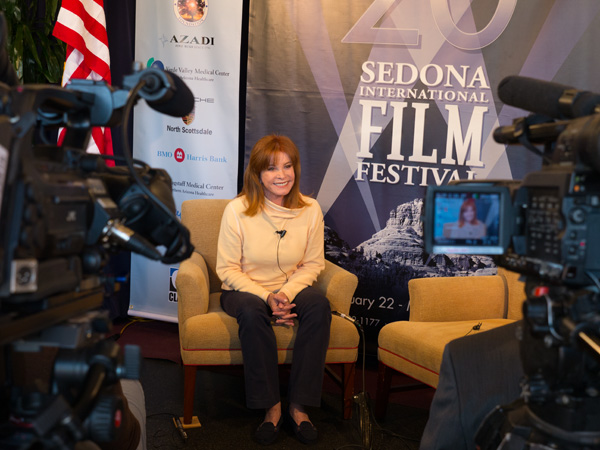 View of Stefanie Powers from behind the streaming video cameras in the media interview room at SIFF.

If day two had a great theme and hero it would be Ed Asner winner of Golden Globe and Emmy Awards. He was invited to help introduce the movie ‘The Letters’ at Sedona’s Performing Arts Center during the Sedona International Film Festival. Asner was extremely funny and carried his visit over to the party held at the Sedona Rouge Hotel & Spa. So I’ll dedicate this page to Ed! 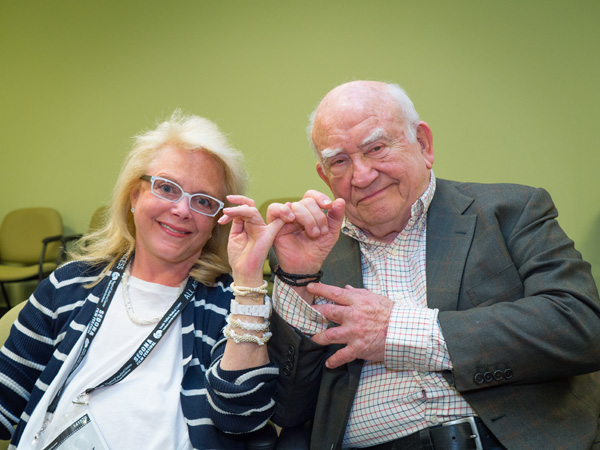 Ed with Mary Fisher in the Green Room waiting to hit the stage for the intro. 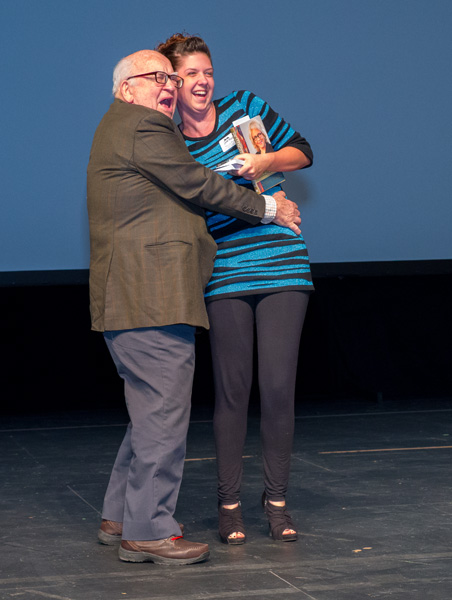 SIFF volunteer Marin giving Ed a hand on stage and they are having a good time getting there! 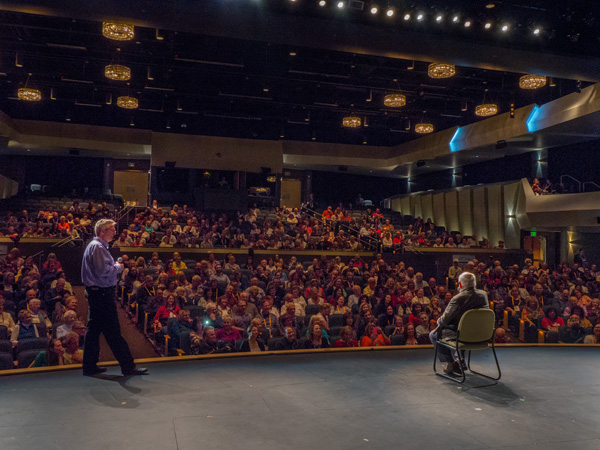 Asner regaling the audience with stories while warming up for the intro to the movie. Long time Asner friend Patrick Schweiss, President and Executive Director of the SIFF share the stage at SPAC. 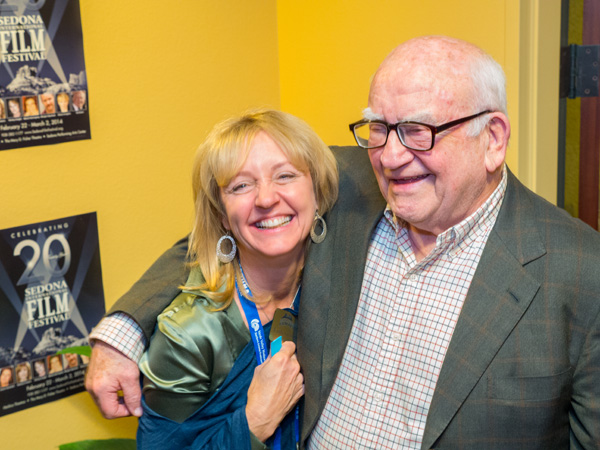 SIFF board member Linda Goldenstein of Goldenstein Gallery greets Ed as he joins the party in full swing at Sedona Rouge Hotel. 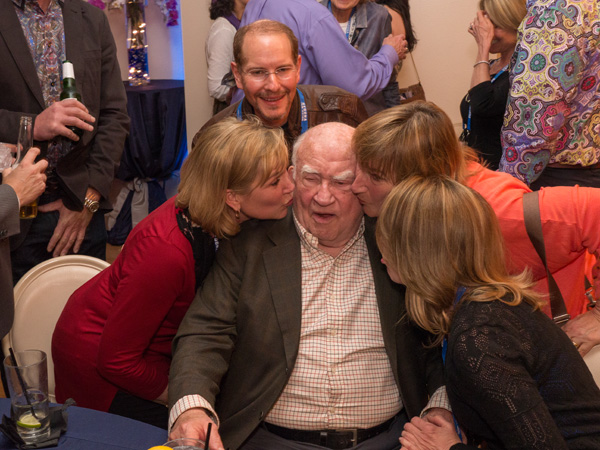 Ed Asner – life of the party holding court and visiting with all the guests.

A packed house at the Sedona International Film Festival at Sedona Performing Arts Center with performer ‘Paolo’ warming up the house for the movie Redwood Highway. 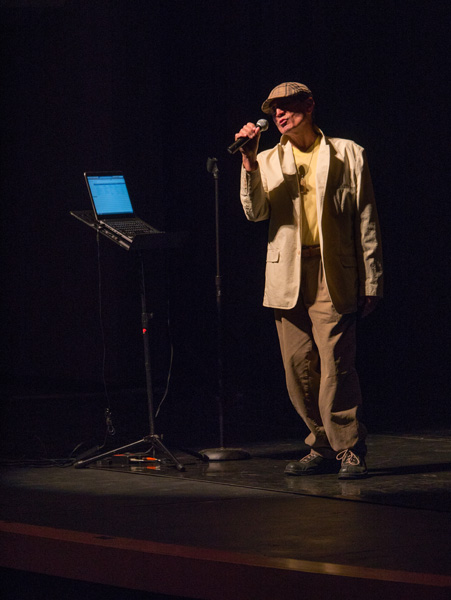 Let’s get this thing off the ground!! SIFF Board at official ribbon cutting to kick
off the Sedona International Film Festival. 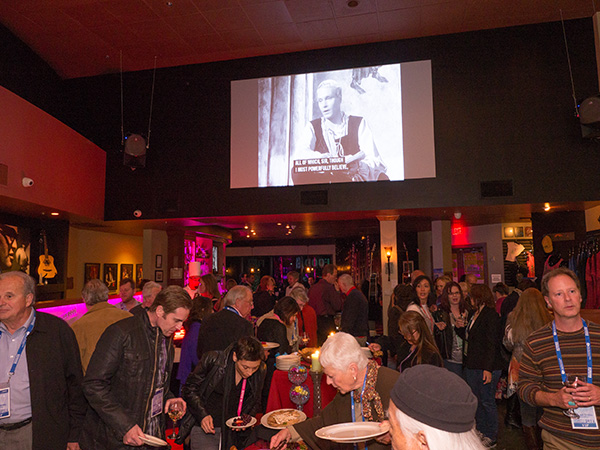 The kick-off party for SIFF was held at Sound Bites Grill a the Hyatt Pinon Point in Sedona. 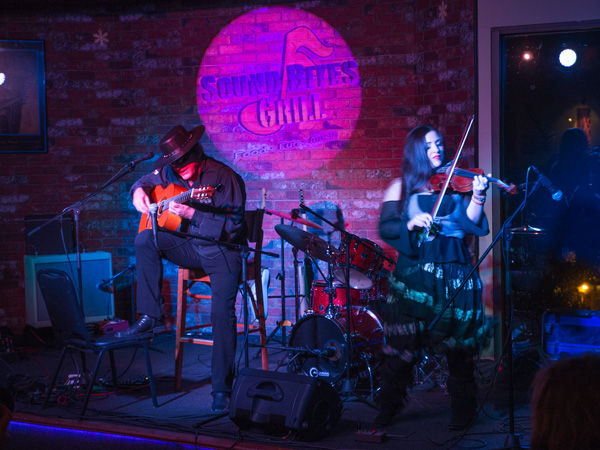 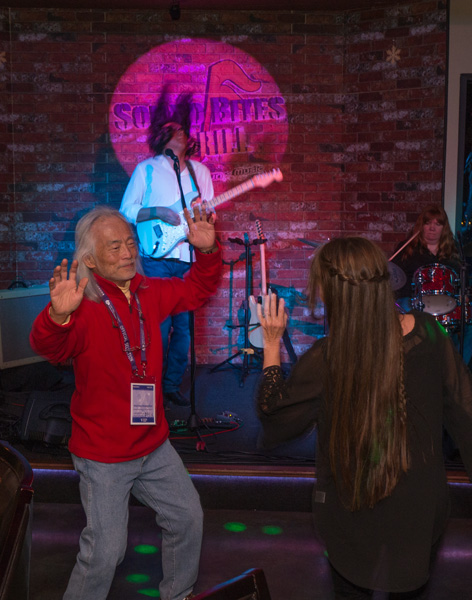 End day one at the festival. More tomorrow!