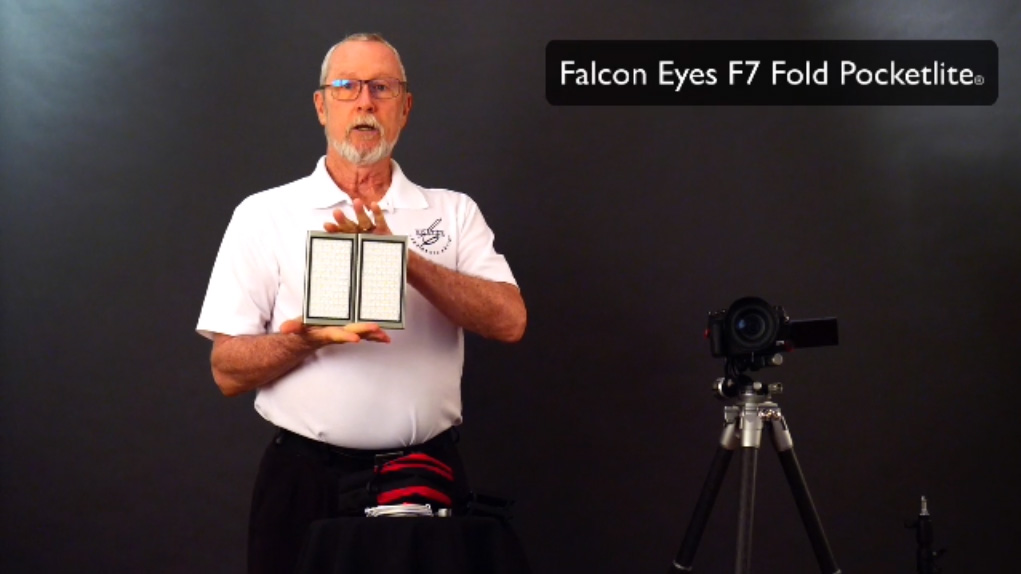 Got a chance to play with a new LED light called the PocketLite Fold. I had the previous model F7 PocketLite and here’s a review from last year. I like them both. But, I like the Fold more than twice as much. It has twice the light and a built in control from the phone APP DeSal Lite which you can download to control your lights at no additional charge.

Having a small, powerful light is a good thing to have in your kit. This will work super as a fill light, a special effects color light and creative tool. If you are not at a far distance it will even serve as a main light. I measured 1/30th of a second at f/2.8 ISO 200 at four feet. The beauty of working with LED lights is WYSIWYG. What you see is what you get. 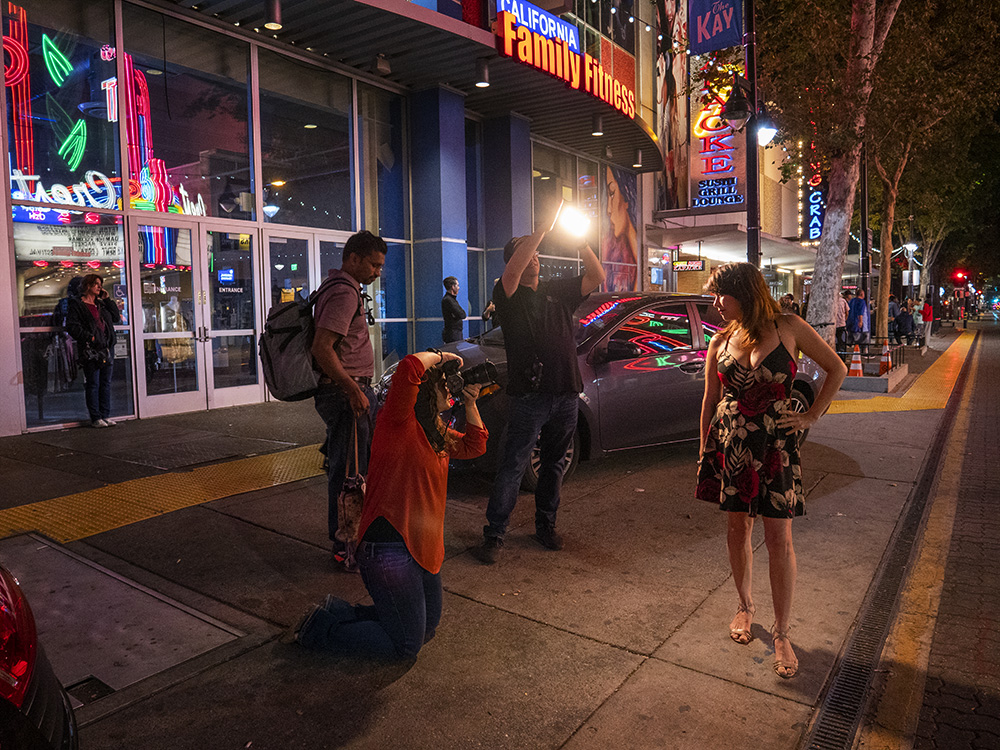 I had the opportunity to get my hands on an LED light from FALCONEYES. It’s the F7 Pocketlite. You can see my thoughts below but the short answer is I like it. 97 Color Rendering Index and a good size and power as a fill or main light in a pinch.

I’ve often heard the expression the best images are made with the camera that you have with you. This light is small enough to have with you all the time.

Here is my Falconeyes F7 Amazon link if you want to get more info. 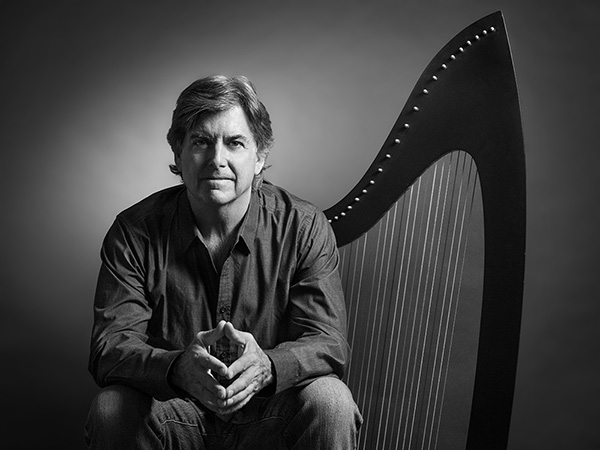 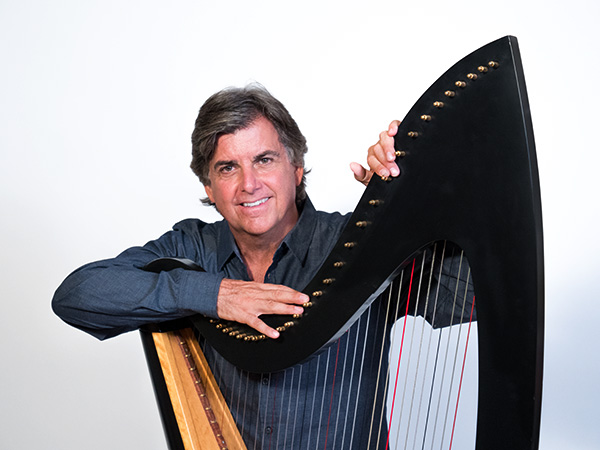 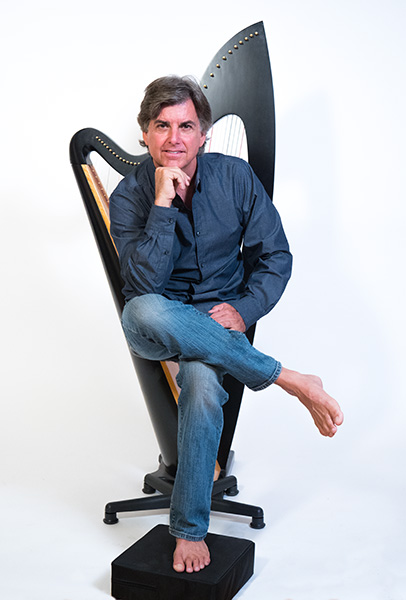 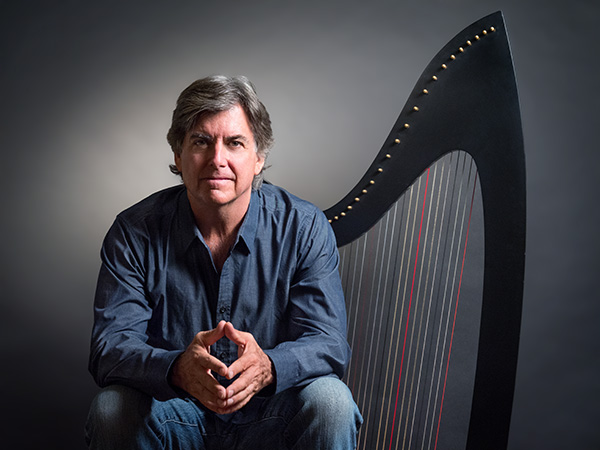 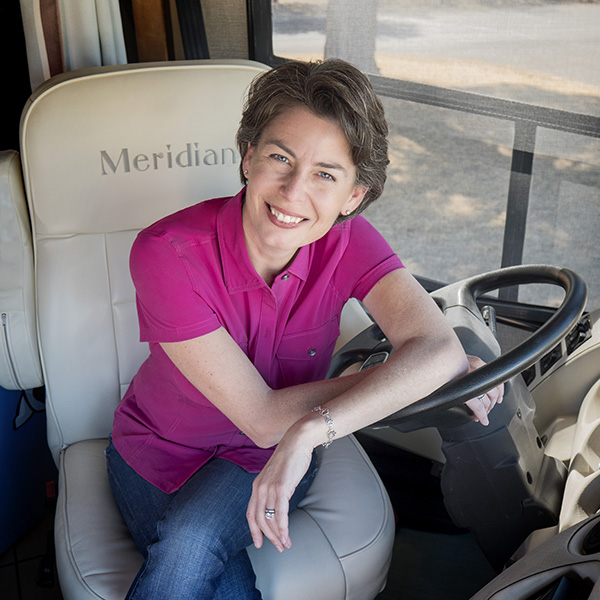 I don’t often share my commercial work on Successful-Photographer. I probably should.

I received a call from a pleasant voice asking about a photography session for a book cover. Images needed would include an RV, two people, and two dogs. The owner of the friendly voice is named Amy Burkert. She and her husband Rod have been on the road for about six years traveling the country in an RV, looking for pet-friendly places and sharing their findings via their blog https://blog.gopetfriendly.com

The main photo Amy for which Amy was looking was her back cover author’s image. Especially for the book, she has written, the image should make her appear open, friendly, and inviting while telling a bit of her story. I always ask plenty of questions before coming up with a plan for the capture.

What is the layout of the book? Do you need a horizontal or vertical photo/ Have you considered your wardrobe? What background would you like to have, studio or environmental? What story do you wish to convey?

Amy at the wheel of the thirty-seven foot Winnebago

After all the questions were answered, we ended up with Amy behind the wheel as she does most of the driving while they are on the road. There wasn’t a lot of room for supplemental lighting which made me reach into my bag for LED lighting bricks from Fiilex. With three of the bricks, I was able to add some fill light and get some background separation. These battery operated lights are color and brightness tunable and can be tucked into tiny spaces.

I choose a high angle from which to shoot to enhance Amy’s friendly and open feel. When the subject is looking up in an image it makes the viewer feel they are looking down on the person. It didn’t hurt that the camera likes Amy and she was entirely comfortable in front of the camera.

I supplied a horizontal and a square version of Amy’s portrait. Additional support images were made of the RV with Rod and the rest of the crew including the two dogs Ty and buster which I’ll share in a future post. 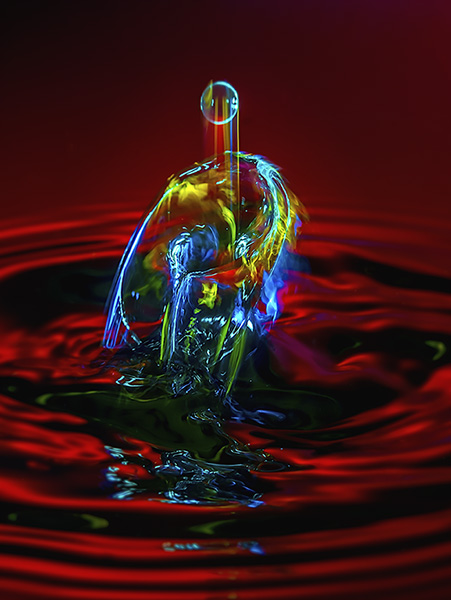 And now I have!

It’s kinda like photographing fireworks in that you never are quite sure what you are going to capture when the shutter is fired, but you don’t have to wait for the Fourth of July either. This is something that could consume me as there are endless variables to throw into the mix. What can change the look of any image? Type of liquid, the color of the fluid, the temperature of the liquid, the size of the drop(s), flash duration, add another flash, and another, change the background color, add color gels on the flash…

Arrghh! It’s fun if a little frustrating at times when you think you have done everything exactly the same but get an entirely different result. I now understand where someone had said that making these images is part science, part art and lots of luck. As Thomas Jefferson said, “The harder I work the luckier I get.” That might not be an exact quote, but you get the idea.

Here’s are some examples from my first couple of days. 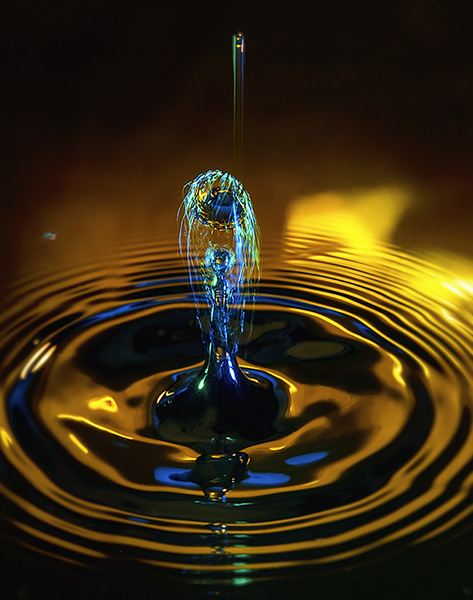 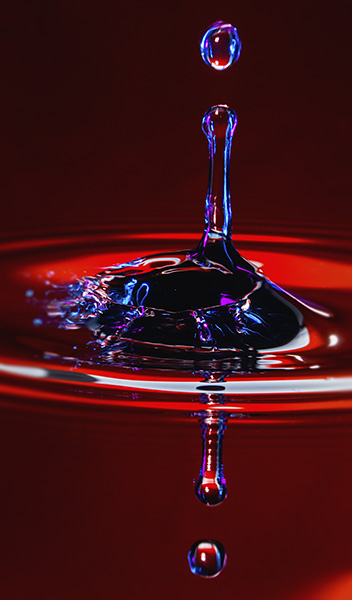 This from day two shooting. Playing with lights and droplet timing. 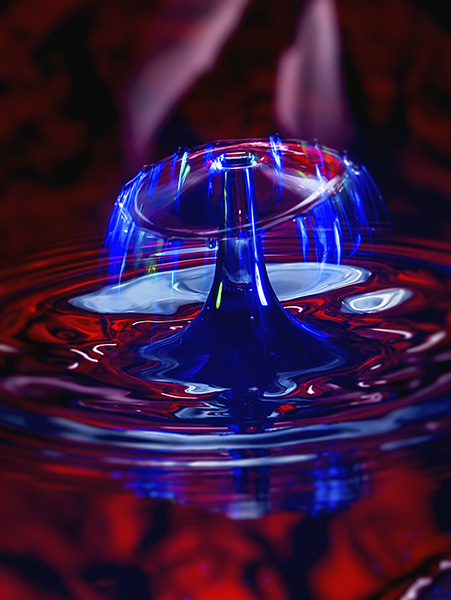 Day Four with thickened water and new timings for dropping the drops.

As I said, the photographing of the drops is part science and part luck. You can increase your luck by adding to the science in your arsenal. I purchased some help in the form of the Pluto Trigger and the Pluto Valve. The Pluto Trigger is a pretty amazing controller for your camera. In this case, the trigger releases the waterdrops and times the firing of the flash. Even with that control, there are still a lot of variables in play.

In the next couple of days, I’ll share my set-up and some things I learned as I have started this new photography genre.

PS – I’ve just bought the Pluto Trigger, and like it so much I’ve signed on as an affiliate

They say the camera you have with you is the best camera. I’m a big believer!

How many times have you been out and about and left your gear at home because it would be too bulky or a PIA to have with you? Since joining with Panasonic as a Lumix Luminary I have had access to a number of cameras, all of them smaller and lighter than my former DSLR kit. As a result I almost always have a camera on hand and less of those found moments are getting away from me.

I was giving a workshop and stepped out to go to the rest room and saw this scene unfolding in front of me. I dashed back and grabbed the Lumix FZ – 1000 because of it’s 400mm reach and was able to grab these two images of the red rocks of Sedona being lit in front of some storm clouds. 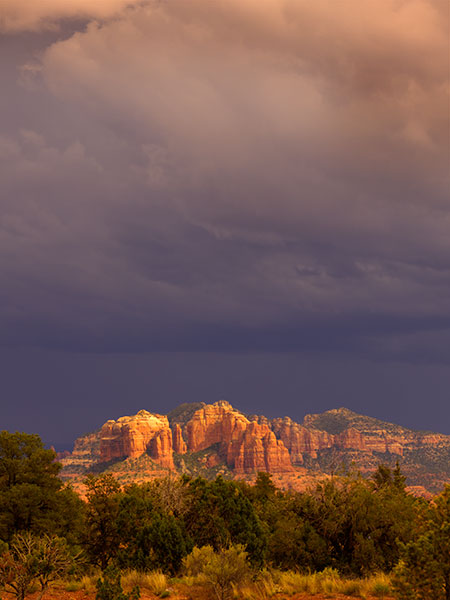 The camera allows for up to a 7 stop bracket. In this case I bracketed 5 stops at one stop intervals and processed in PhotoMatix Pro 5. This kept the rocks being lit by the sun from being blown out against the dark background of the sky.

Don’t forget to ‘Work the Scene’ when you come across different photo ops. Shoot as a horizontal, vertical, zoom in, try different crops. I didn’t have much time to do this but at least I captured 3 different renditions of the scene.

PS – Please remember that if you use the links from this web site to make your purchases it helps support the education provided on Successful-Photographer.