I am a water person.

I have a preference for ocean sounds after having lived in the Caribbean for 20 years but any water sounds are helpful with calming my mind. I spent about an hour on Oak Creek at Cathedral Rock capturing small moments of the creek experience. I took some time this morning editing the footage so that you can enjoy the experience as well.

The video is two minutes long and shows some of the different water patterns along this section of the creek.

I didn’t have myfull video kit with tripod and fluid head for proper zooming and panning. Did the best I could with a tiny little five-inch tripod that I keep with me in my shooting bag for just such an occasion. The occasion being I didn’t want to hike with the full tripod kit. With the light weight of Lumix gear, a small tripod can come in quite handy! The camera was Lumix G9 with the Leica DG Vario-ELMARIT Professional Lens, 12-60MM, F2.8-4.0 Lens. Sound was also recorded from the mic that is built in to the camera. Shot in 4K 24p mode.

I edited the footage with a screen capture program that is for MAC computers called ScreenFlow from TeleStream.

The video was captured in the middle of September when there is some monsoon water flow.

I hope you enjoy the quiet time. 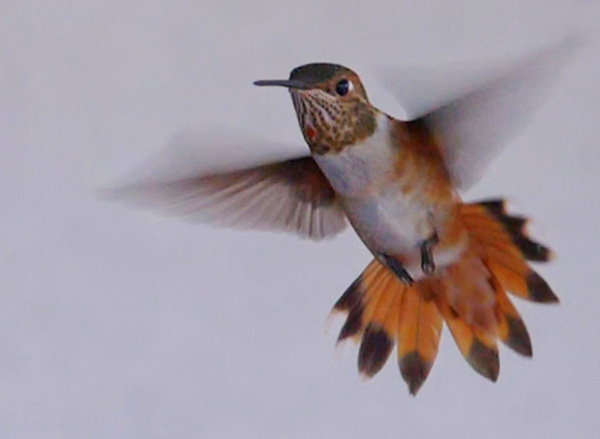 Testing out the slow motion in 4K Video with the Lumix GH5. Hummingbirds are a favorite of mine. They are fascinating to watch as they maneuver through the air. Here’s a short clip that tells so much about their feeding and territorial habits.

Slow Motion Hummingbirds (click on the video above to play

This is Part two of a four-part series on a ‘day in the life on Oak Creek’ while photographing nature and wildlife. Check out the first installment here.

The second camera I brought on my nature adventure was the Lumix GX8 and 20mm 1.7 lens. (1.5 Pounds) This combination is for capturing time-lapse and/or video. Because the lens is a pancake style it fits in my Think Tank Mirrorless Mover 20 along with two additional lenses. On this day I ended up using the camera for video but I like to have the option of having the second camera body for taking time-lapse while photographing other subjects at the same time.

Here’s a still image screen capture from the video

Oak Creek and Cathedral Rock video. A little one and a half minute respite with flowing water and the spectacular rock formation that is probably one of the top ten most photographed places in the United Staes.

the video was captured in 4K quality. Shooting in 4K allows for creating additional camera movements like a Ken Burns movement in post production. A tiny tripod was used to steady the camera a bit but this was for fun and most of this was handheld. It tells the story of the day. The sound was recorded with the in-camera stereo microphones. The 20mm lens was a bit too static so I switched over to the Leica DG Vario-Elmarit 12-60mm f2.8-4.0 lens. This lens has a wonderful range from wide angle to medium distance zoom.

The next installment will be centered around another camera and lens combination. The Lumix G6 and the 14-140mm G Vario f4.0-5.8 lens. This camera has been converted to infrared by Lifepixel and has opened up the middle of the day for more creative imagery. 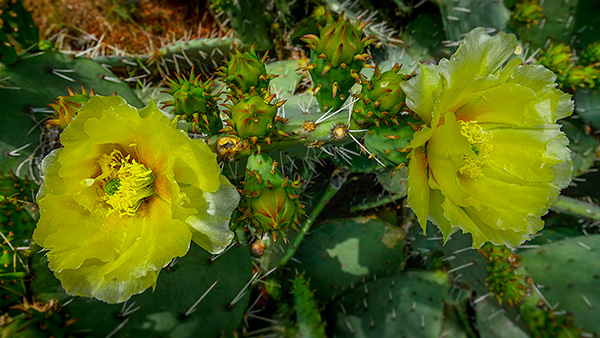 Care and Feeding of Batteries for Digital Photography

There’s nothing worse than running out of battery power in the middle of a job or while out and about making images. I’ve come up with a fairly simple way to ensure that when I need more power for my cameras it is always at the ready. Check out the video.

Hope you find this helpful in keeping your batteries ready to go at all times.

This video was recorded with the Lumix GH5. Fiilex LED lighting with a softbox was used to supplement overhead room lighting. I set the camera for 4K Video and used the tracking mode for focus since I was using a tripod. The camera was triggered using the iPhone and the Panasonic Image APP to control settings, focus, and start/stop during the session.