Sometimes you just gotta change your thought pattern to get a better photo.

I was with fellow photographer Ralph Romaguera and his wife Cindy who were on a Route 66 road trip. They stopped by in Sedona as we are just down the road a piece for the Route 66 run. We shared a couple of meals and went out to shoot for a little while. Ralph has been using the Lumix GH4 and wanted to see if I had a few insider tips for best practices in using it. It turns out I could share a few ideas.

Today’s cameras from Panasonic are a bit more like computers with a lens than just a camera.

We talked about the ability of the camera to capture multiple exposures of a scene with just a quick twist of the dial. Many times, especially with landscapes, the dynamic range can be so large the only way to capture detail in the highlight and shadow areas is to use multiple exposures and blend them in post-production. 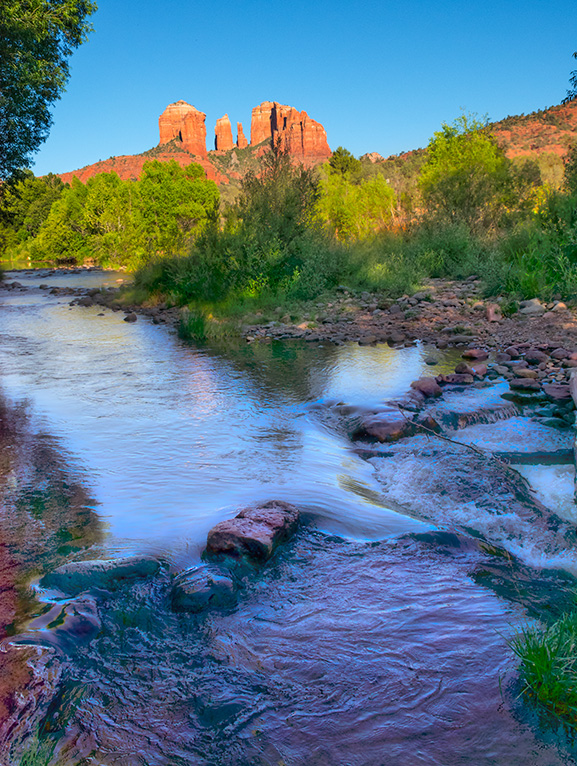 Multiple exposures were obtained to ensure proper detail in shadow areas as well as full sun. Images were processed in Aurora HDR software from MacPhun. Image captured with the GH4’s little brother the Lumix G7.

I usually don’t like how HDR blends skies into leaves or horizons as it tends to leave a bit of a halo. I process another image straight from Photoshop into the HDR software generated image to make the transition clean. Accomplished with an extra layer and layer mask.

Using the touch screen and choosing the exact position of your focus point is extremely handy. You can set the camera to a Mode called Intelligent Auto. With this setting, the camera sets the Aperture, Shutter Speed, and ISO. It provides an amazingly good solid exposure for the scene before it. Am I going to use that all the time? Heck no. But, I leave my cameras set to this mode when I am traveling around. I jokingly call it the ‘Honey, stop the car!’ Mode. It allows you to capture a scene instantly. Then, if the animal or whatever is still available, then I’ll move to one of the other modes to take more control of the final exposure. 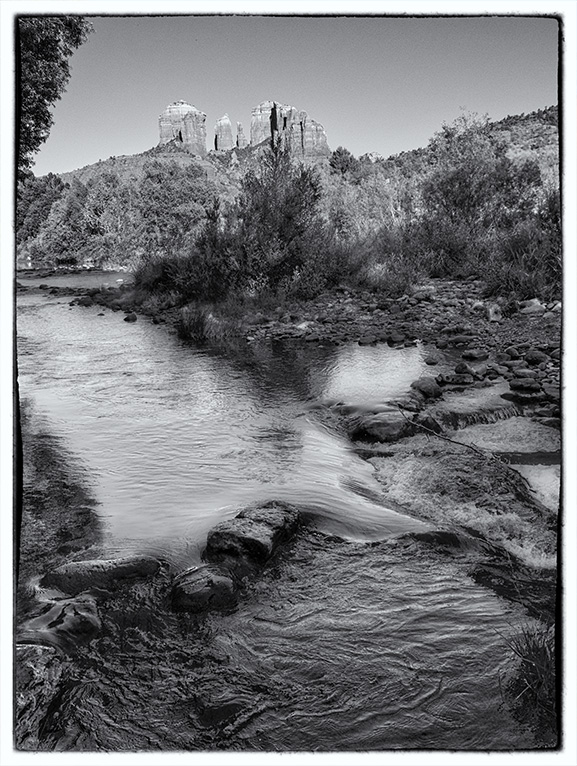 For an entirely different look here’s a black & white version converted in NIK Silver FX Pro 2 toned to selenium with a border added.

Al in all there’s a significant number of features to help you get the photo and/or video you are trying to capture in the GH4 and the G7. It nice to have photographers come from out of town for a visit that gives you a push to get out and shoot.

“ The G7 makes an excellent camera for someone to grow into, offering all the key features a developing photographer would need access to. It offers some of the best tracking AF we’ve seen on any camera in this class. Video is the camera’s trump card, with the ability to capture high-res video giving all sorts of flexibility, whether you downsize back to 1080p, use it for selective cropping as you edit, or extract 4K stills of the decisive moment. ”
Read full review on DPReview (dpreview.com)