I’m working on a video for a future seminar being hosted by the Arizona Professional Photographers Association (AZPPA) in the fall and here is an image of one of the character actors expected to join us in a western setting. Steve AKA the ‘Sheriff’ is a pleasure to work with as are all the  people who will be dressed in period costumes at the event. 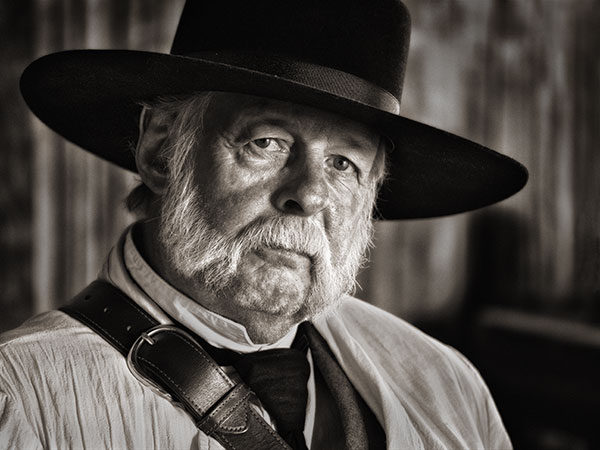 Steve was captured with the Lumix GH4 and the 35-100mm f2.8 Lumix Vario Lens. Natural light from a somewhat overcast but bright day coming through a doorway camera right and behind Steve so I could shoot into the shadow side of his face to add depth, dimension and drama to his features.1/15th sec f3.2 ISO 1600 in Aperture Priority with a slight bump in Exposure Compensation to open shadows just a bit.

Post processing often plays into the creation of my images. As Ansel Adams proclaimed, “The negative is comparable to the composer’s score and the print to its performance. Each performance differs in subtle ways.” So here is the original digital capture with no adjustments. 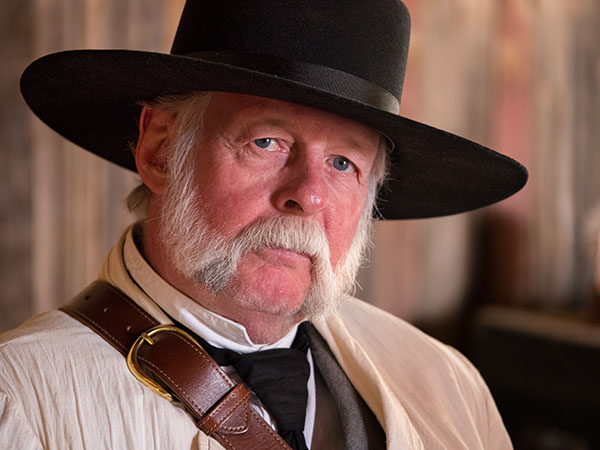 Straight Out of Camera (SOOC)

Top Image was processed in Silver FX Pro 2 to convert to Black and White.

Then some small retouching moves, mostly dodging and burning to control the contrast of the scene.

NIK Color FX Pro 4 Bleach Bypass Filter. Used a Layer Mask to bring back some detail that got whacked.

Back into NIK Color FX Pro 4 to use the Tonal Contrast Filter to highlight details and bump contrast.Layer Mask to control specific areas.

Then a conversion to Sepia Tone using a Hue Saturation Adjustment Layer with the settings Hue 30 Saturation 10 Lightness 0 and Colorize checked. (Got this recipe, or something very similar, about 15 years ago from longtime photographer friend Tom Cheswick)