macgyver your way to camera support 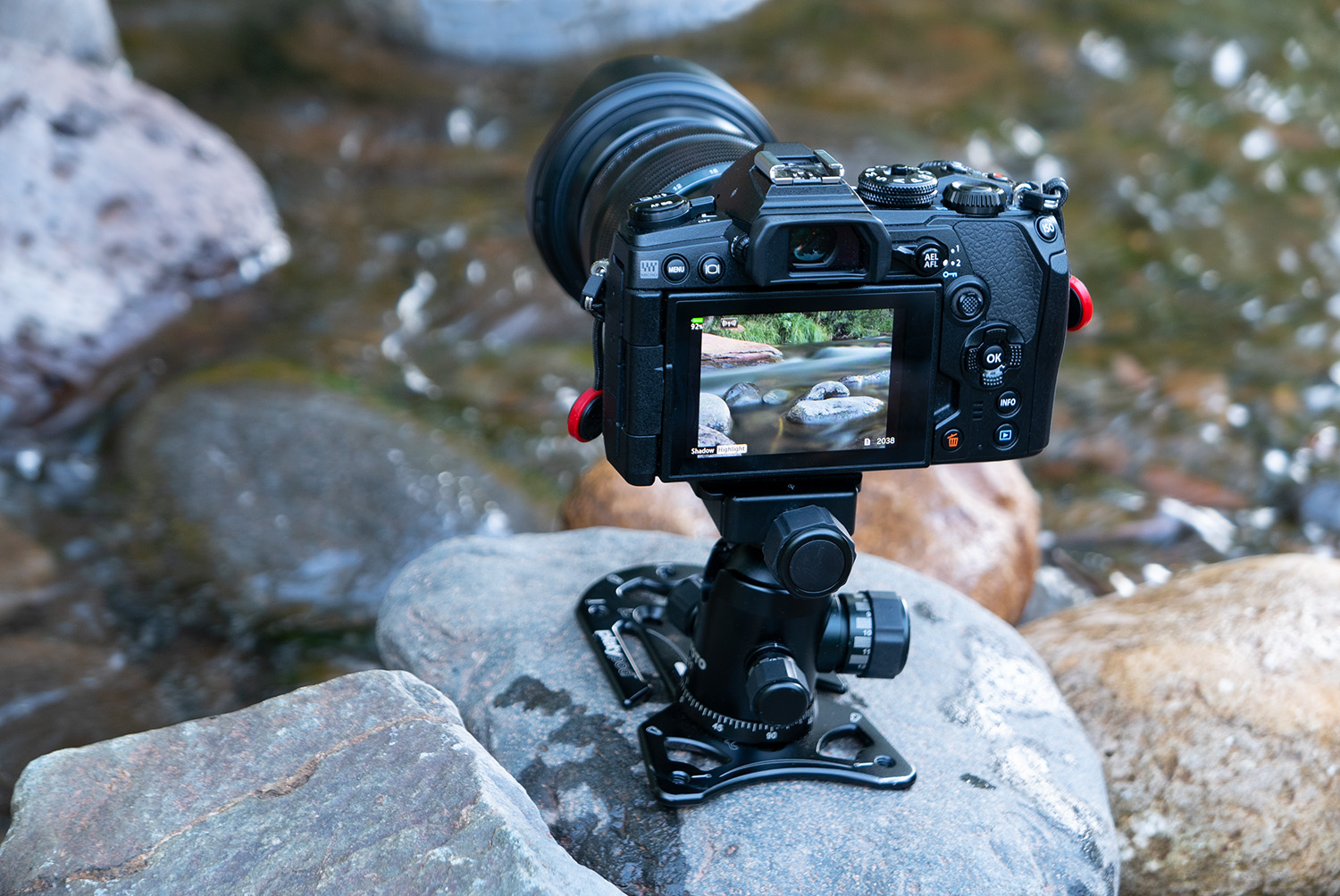 If you have been following my Instagram feed you have seen I’ve been making the most of my Platypod camera support system. The Platypod people saw what I was doing and hired me to supply them with some images for their marketing. Here are some Platypod Black Friday deals they shared with me.

I bought a Platypod at a convention. Used it once or twice then kinda forgot about it. It was a bit of a pain because I was using a tripod head from my other tripods rather than having one dedicated to it tending to use it only for special needs. I broke it out again and started using it and just kept finding new ways to put it to use. Getting super low angles was now really easy especially since my cameras have a tilting or flip screen. Not having to be on your belly to see your camera view is an awesome feature.

I finally got a dedicated tripod head for my Platypod and that has made a huge difference in my usage rates.

Thinking of it as a second tripod

When I stopped thinking of the Platy as a stand alone camera support I started using it even more. It now hangs from my bag all the time. It can be the single tripod I have with me. Or, more often, I use it as a second support and carry my Fotopro Eagle E6L as well. I set the Platypod up with a camera to make time-lapse images and the Fotopro gets another camera body for different compositions while the time-lapse images are being gathered. 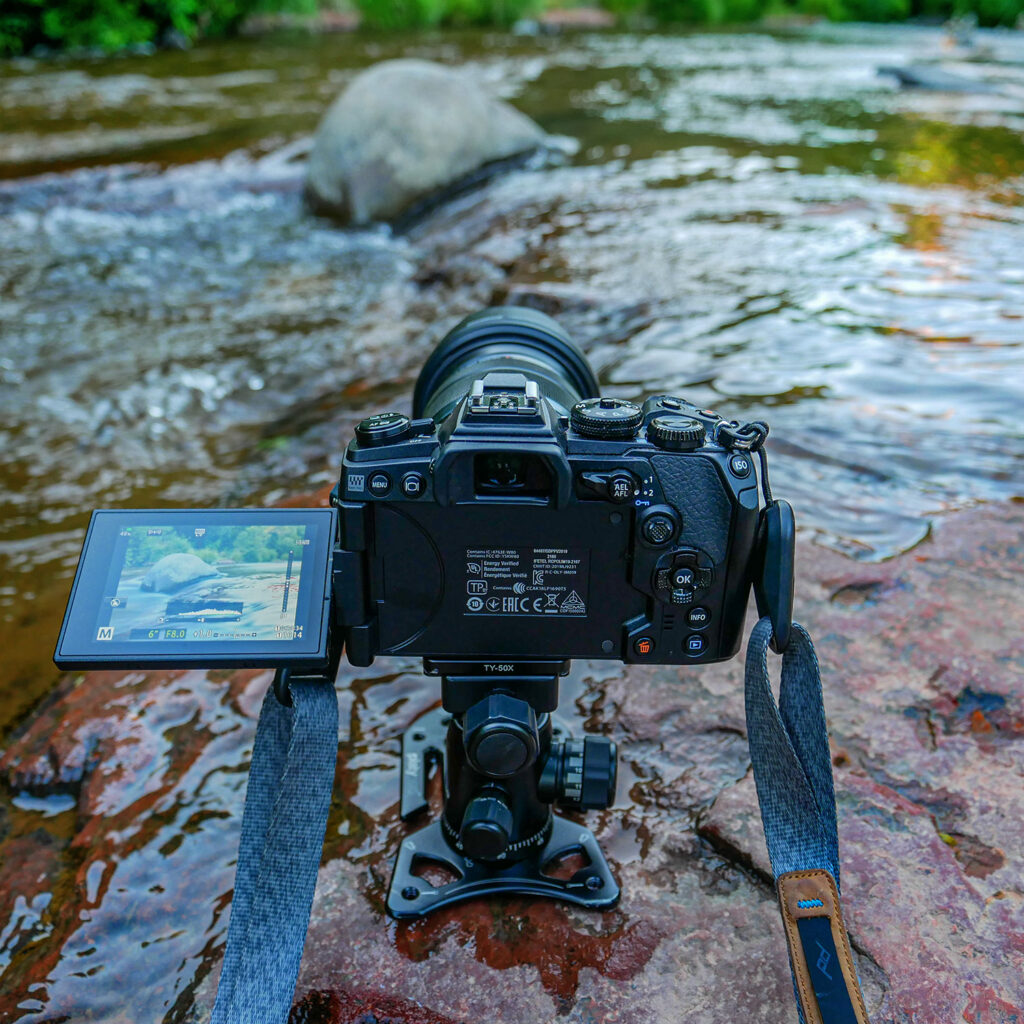 Platypod in the middle of the creek for a low angle. The flip screen makes seeing what’s in the camera a piece of cake. 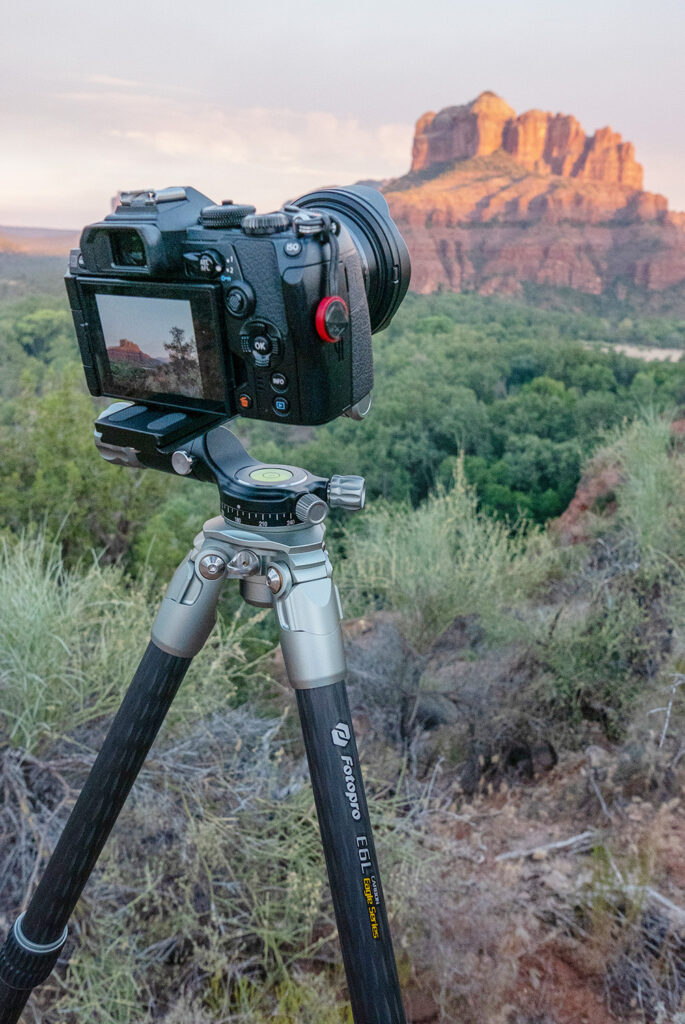 Fotopro Eagle E6L tripod. Light, versatile and works well in conjunction with my Platy when I want to have two camera supports while hiking.

Having time-lapse photos to work with allows for creative image making I call ‘compressed time’ photos. An image from the beginning of the session can be the foreground while the sky might some from a later image from the sequence. 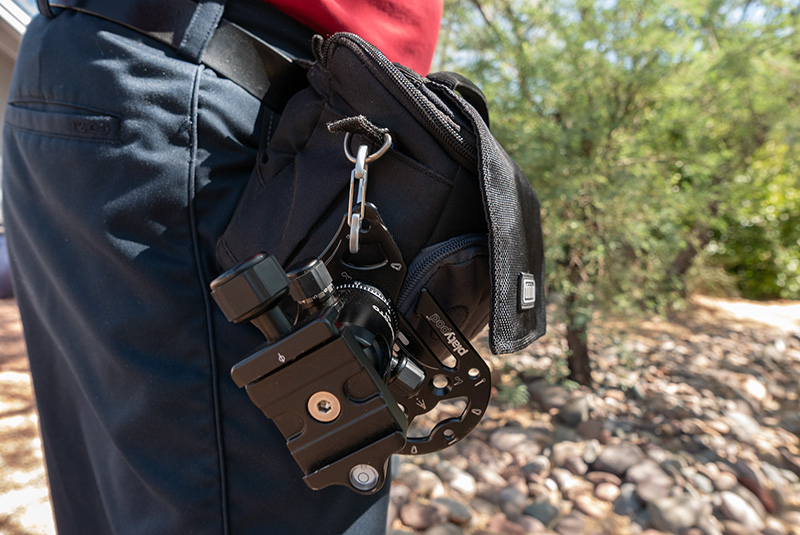 Think Tank Mirrorless Mover 20 with Platypod Tripod. Now I have camera support with me at all times on the trail and can take a second tripod as well.

I’ve found the number of keepers I get from a photo session on a hike is probably three times as many with a second support. I get to tell a lot more stories from a single session.

I’ve found uses for the Platypod in the studio as well. You can mount it on your tripod and add Goose-necks by using the threads made for the removable feet. That allows you to position LED lights for creative lighting. Especially good for macro shooting. If you think about it a little the well machined plate makes it easy to add all kinds of accessories to your gear. 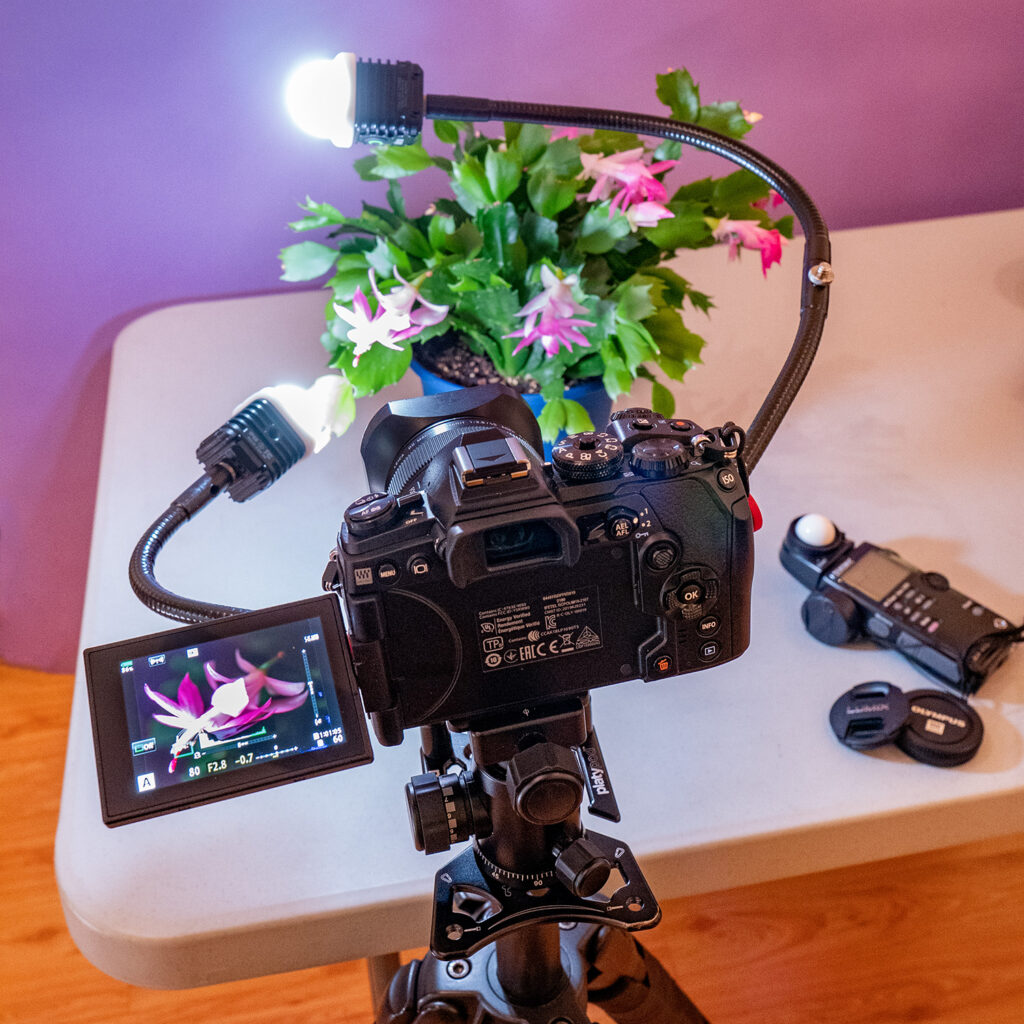 Platypod mounted on tripod in the studio. Allows for hands free lighting support by adding Goose-necks.

It’s Black Friday and Platypod asked me to share some deals with you. Check them out. There is a limited supply so you might want to check them out right away. If you have any questions let me know!

MacGyver would be proud of what you can rig up with the Platypod!