PhotoPlus Expo in New York is quite a show. Been hanging out in the Lumix Lounge in booth number 137 and I gotta tell you it’s been pretty cool watching the live Internet broadcasts with the other Lumix Luminaries and the excitement with the people stopping by and chatting about the features of the GX7 and GH3 and the new GM1. Can’t believe they can get all the features of the first two cameras into one that’s a small as the GM1. It’s almost like a fashion accessory (read jewelry) that takes interchangeable lenses….

Here are some images of the Luminaries from the ‘set’ of booth #137. Come out and see Gulio Sciorio, Rob Knight and then myself today. If you can’t make it out you can catch the action here http://us.panasonic.com/lumixlounge #lumixlounge #panasonic #lumix #photoplusexpo 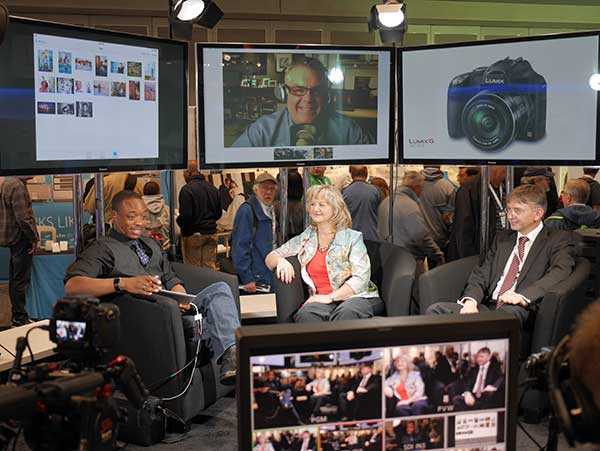 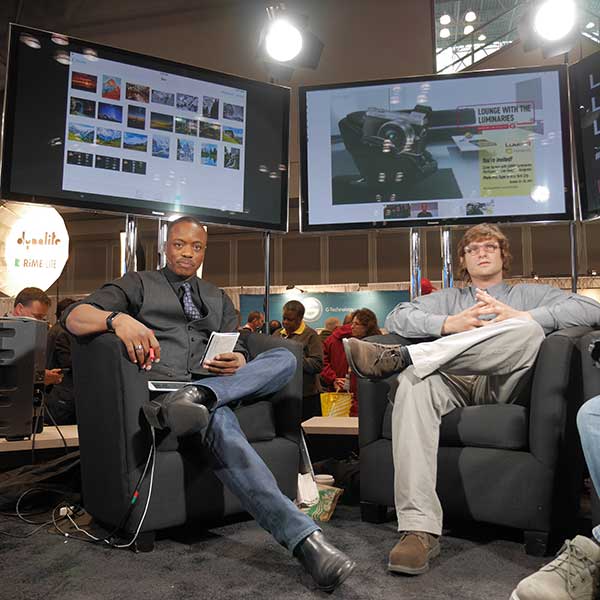