Learning to see light the way the camera sees it is important to getting better images. Since I have been living with my new Lumix GX7 camera lately because of it’s small size and features I have discovered something that I have been told many times in the past by superb photographers I highly respect. You gotta make images! Lots of them!

Have you ever looked at a scene and thought, Wow, that’s gorgeous! only to be disappointed by the resulting image capture? Well that’s happened to me too… Not as much anymore because I am practicing on a regular basis and not on my paid clients. Every time I see a scene now that interests me at all i make an image then see how it stacks up to how I thought it was going to render. 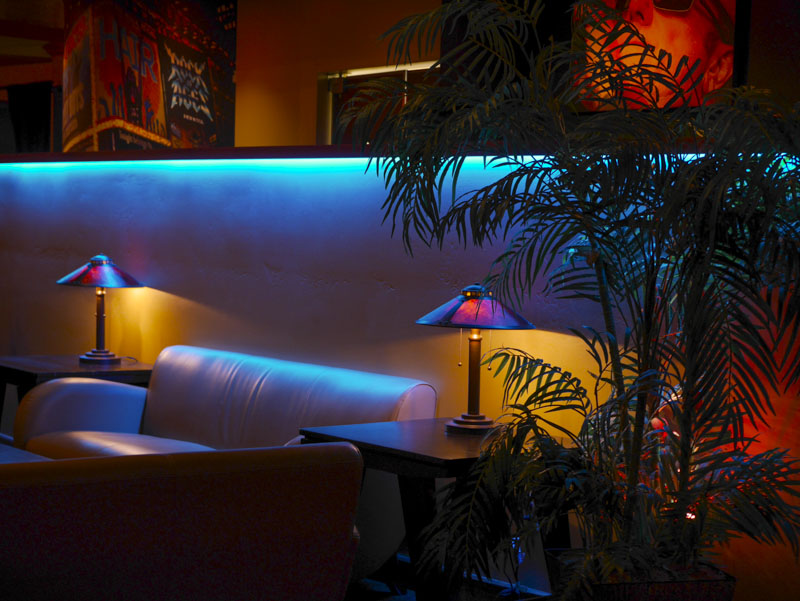 I was at dinner last night and saw these lights playing with the shadows. We have a very high contrast scene and just for jollies I wanted to see how it played out. The light along the top of the wall. Lighting of the art on the wall behind. The lamps. The reflections on the couches… You get the idea. I shot this as a jpeg so I didn’t have all the information available to me to do post adjustments but I still opened the photo in Adobe Camera Raw and was able to open up the shadows just a bit. I am surprised by the detail held in the highlight while still getting information in the shadows.

Tiger Woods doesn’t only come out to the golf course when he’s playing a tournament. As a matter of fact he will often head to the driving range or putting green after a round while still in the tournament to work on his game. So I guess my question to you is, “How much are you working on your game??”

Yours in photography,    Bob