Started out to be a beautiful morning. Up at 5:20AM to catch a flight to Nashville for my speaking and judging gig for the Tennessee Professional Photographers Association. Flight is 7:35 lift off… Err not so much. Maintenance issues called for the plane to not be in service…

So when do we anticipate our new flight? 10AM. Bummer!

Well work on tweaks to the program, answer emails and check some forums on the web.

The flight actually took off a bit later than anticipated about 10:30AM but before we boarded the plane they announced that everyone would receive a $100 travel voucher good until a year from now.

I personally don’t want a plane in the air that’s not ready to go so I say fix that bad boy!

This is the first time I’ve flown Southwest Airlines in many years and I was impressed. I’ll be back. 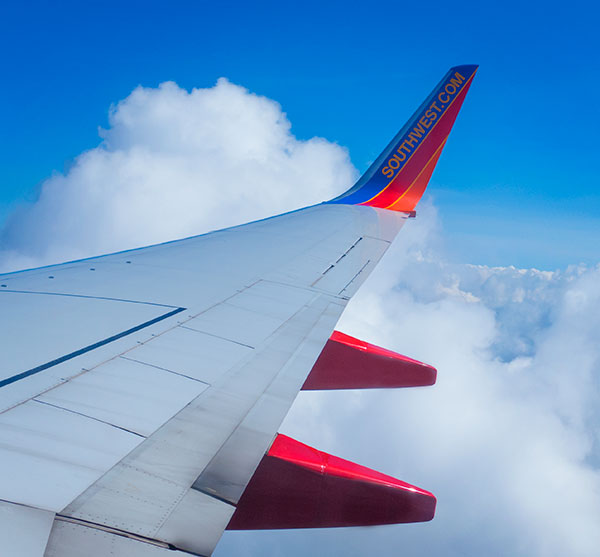 Southwest Airlines wing from the window…