First time I’ve been in the sanctuary of a church since I was an alter boy!

Speaking at the Photographic Society of Chattanooga this past weekend and the hall where we were originally going to have the program was in use for a basketball tournament. Te ‘Photo-Synthesis’ program was well received and no lightening rained down from above so all was well. 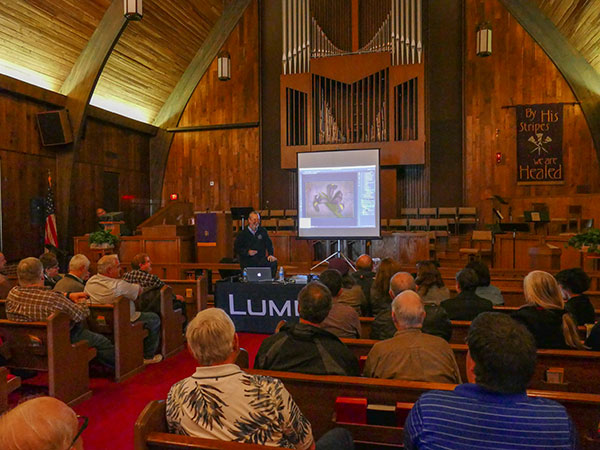 Speaking in the sanctuary…

This is a great group and they said they were very appreciative of the sponsorship from Panasonic and the Lumix brand of cameras allowing me to join them. In showing the Lumix line of cameras the Lumix FZ 1000 was the hit of the day. followed closely by the Lumix GX7.

When people ask me for advice on which camera they should buy I never jump with an answer until I’ve quizzed then to find out exactly what they want to accomplish with them. The line up of capabilities of the different cameras is pretty amazing but there seems to be one built for almost every need. It’s wonderful to help people get the proper camera that meets their needs…. and budget.