at the zoo photography – part 2

Photography at the Zoo – Part Two

The theme here is to practice skills of photography. What did I get/learn while photographing the eagle that I can carry with me to my regular photography gigs??

Number one – People were moving through on a regular basis, so there were distractions to manage. awareness of surroundings while concentrating of my subject.

Number two – Patience. I wanted the eagle’s beak to be closed and there were only fractions of moments when this was the case. I had to learn this behavior and movement and time it to get the position I wanted.

Number three – The eagle was caged so there was the fencing to account for which meant shooting at a shallow Depth of field and focusing on the eagle and not the fence.

Finally, number four – Processing the image into an art piece that is more than the sum of the parts. Always working on these techniques to improve them. As they say, practice makes perfect… 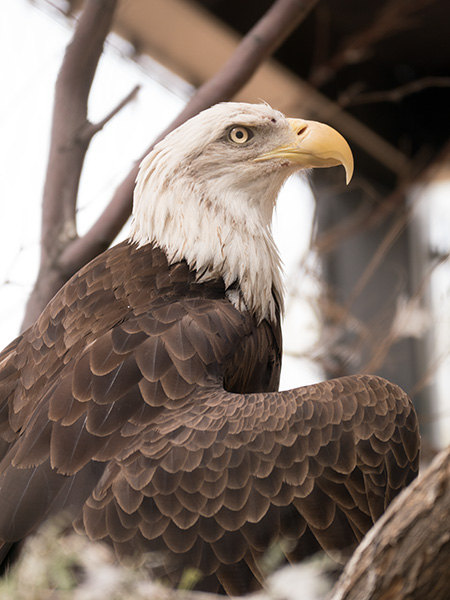 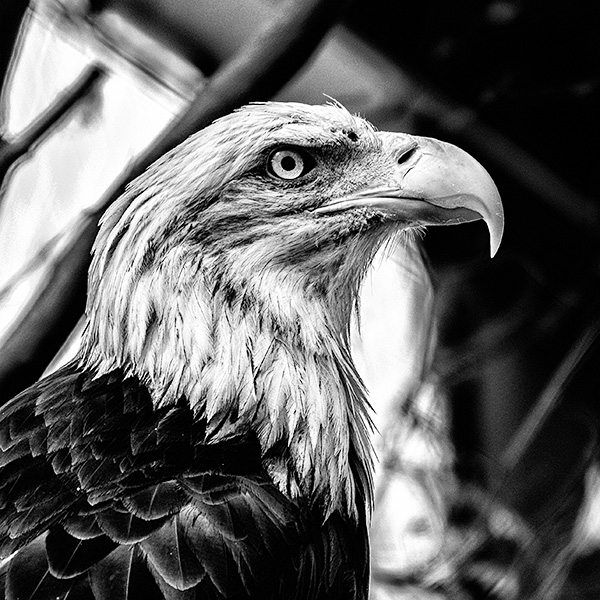 A process through NIK Silver FX Pro 2 gave a very gritty black & white rendition of the eagle. I like the idea of the eagle in a square crop portrait style but not all the cage elements and distracting background. 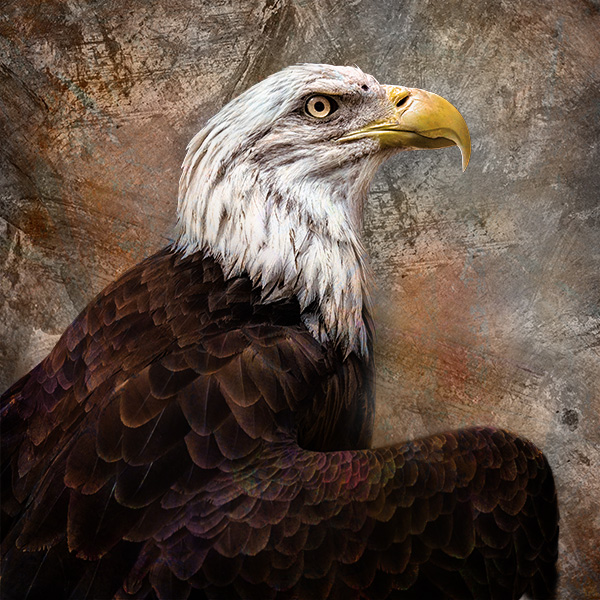 I wanted a larger portrait rendition so I choose a larger crop and started adding my art embellishments.

The artwork is accomplished using photographs of textures and colors combined together using layers and Blend Modes. Utilizing Layer Masks on the texture layers allows for control of specific effects in certain areas of the image.

I thought the eagle was just holding it’s wing up when I photographed it, but it was bothering me. Then my eagle-eyed wife Holly came in and liked the art treatment but also spotted that the eagle’s wing was probably broken hence the residence at the zoo. I did a little plastic surgery for the final image you see below. 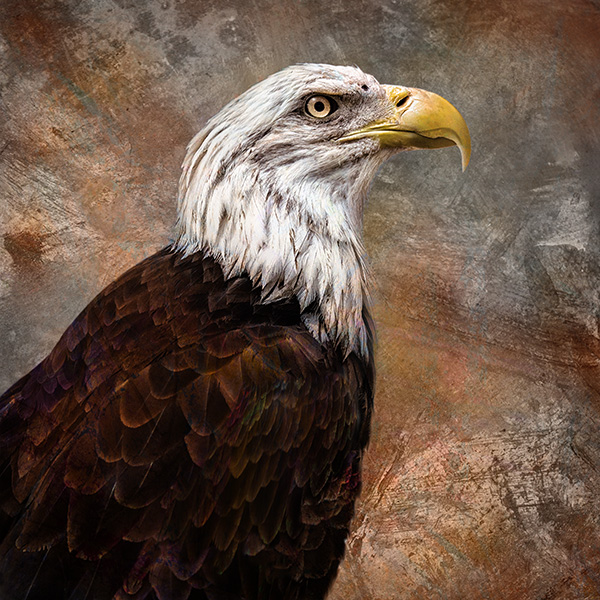 The last bit of work was accomplished with Adobe Photoshop. I copied the broken wing onto its own layer. Then repositioned it as if it was folded in its normal place. Using a layer mask to blend it into place.