Gotta tell ya’ FZ1000 is Great for Travel

It’s hard to beat the Lumix FZ1000 as a travel camera. At two and a half pounds there’s no problem having the camera on your shoulder all day long. The 25-400mm f2.8-4 lens is pretty sweet. With the Macro Mode on you can focus down to less than an inch. what more do your need?*

Here’s a few images from 34,000 feet from the window seat of an American Airlines plane wending it’s way from Detroit, where I was speaking and judging at a photography convention, to Phoenix on my way home. 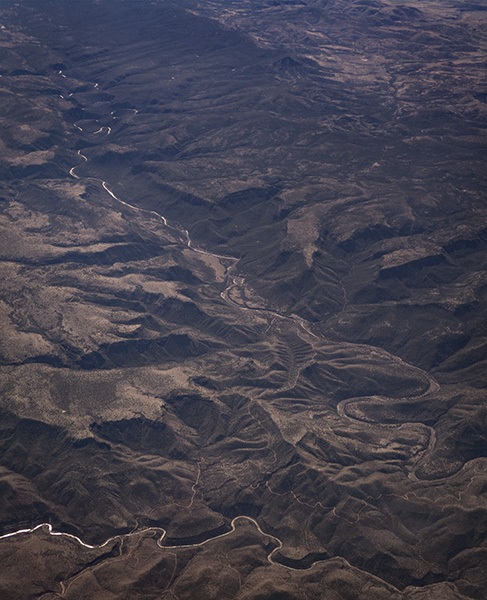 Love the movement of the water through the scene. Gives the story about how some of the landscapes are formed over the years. 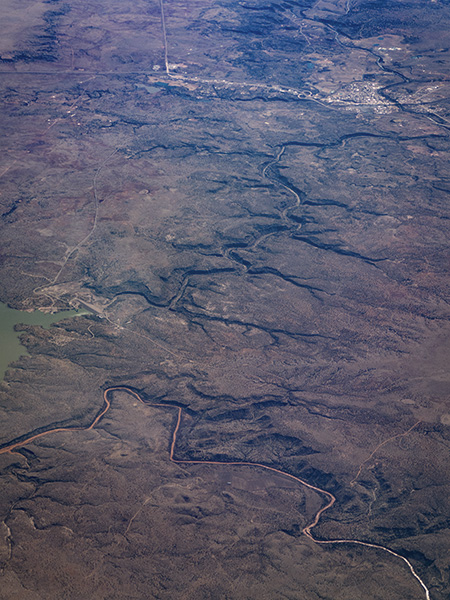 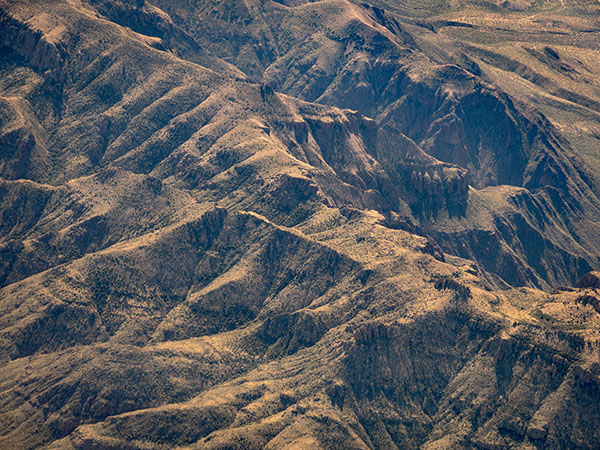 Lots of different views from above…

I find myself inspired to take these images after reading Julianne Kost’s Window Seat  – The Art of Digital Photography and Creative Thinking. Great images and story of how she created her book.

* Well you may not need it but the camera also has 4K video and Photo Mode so you can pull 8MP stills from your video and a whole bunch more features that come in quite handy.

Gotta tell ya the Lumix FZ1000 has one of those.

Pulled into the driveway the other night and saw the full moon starting it’s ascent from the eastern horizon and I immediately ran for my camera. Now we’ve all had the wonderful (I say sarcastically) experience of photographing the moon and being disappointed by the amount of volume it took up in the entire image surface. You know, way too small for what we had in mind when we made the photograph.

The FZ1000 is 400mm at the long end of the zoom at f4. While solid even that is pretty short for something that is 238,900 miles (give or take a centimeter or two) away from the camera. The camera has a setting called Digital Zoom and shows and captures the image at a larger size. 1600mm in this case. This does degrade the image vs having optics do the job. But have you priced a 1600mm lens lately? In spite of a bit of degradation of image quality I like the Digital Zoom because I can see exactly how the image will fill the frame. 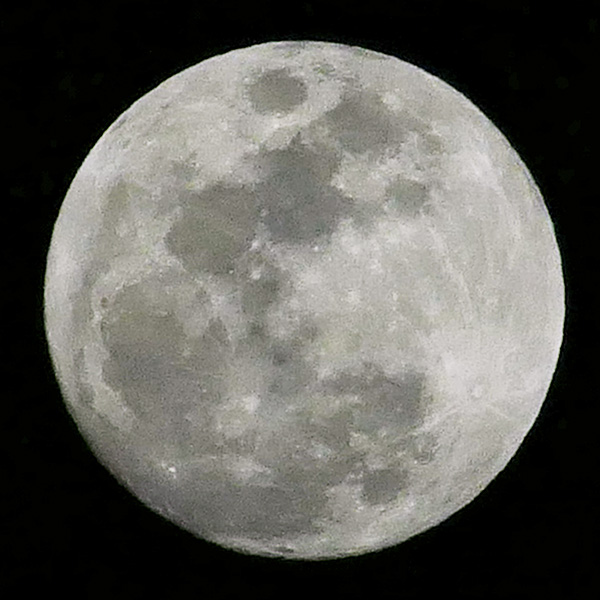 Now are these images good for study of the craters on the moon’s surface? Heck no! But will they be good for art projects where a moon is needed? You betcha!

One way to add interest to a moon shot is to silhouette an object. I wish I had thought about this a bit more but didn’t have much time to scout out a more appropriate subject but you’ll get the idea with these mesquite branches starting to bud out with our warm weather. 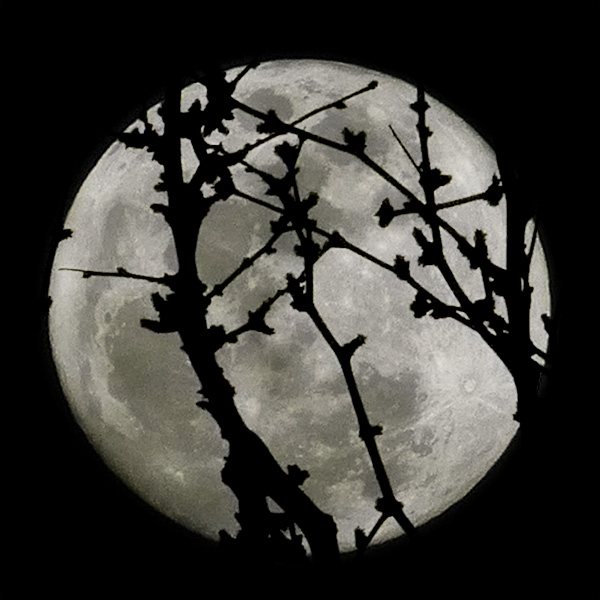 One thing to be aware of when attempting this when you have the foreground element in focus there will be a blob of light behind your subject. To help this along I took one of my plain moon images and placed it under the mesquite layer and put it into Multiply Blend Mode. This allowed the image of the moon with detail to show through.

Photographing at night can be a challenge. The dynamic range of any camera can be challenged by bright lights in a darkened scene. Trying to make that read properly usually takes some work with and HDR program but sometimes you don’t want to work quite that hard and want to just get a decent grab of a scene.

Before switching to the micro 4/3rds system by Panasonic I was never a fan of any presets on a camera. But after playing with some the results have been impressive. Several Lumix Cameras have presets that can help you with extreme situations. For example, the GH4 has an artistic setting called High Dynamic which can be helpful. The new G7 and the FZ1000 have a setting in the scenic menu called Handheld Night Shot where the camera is basically making multiple exposures and blending them together quickly for you.

Strangely enough I hadn’t tried the Handheld Night Shot preset until a fellow photographer I had recommend the FZ1000 to asked me if I had tried it. When I did I was quite happy with the results. Always fun when others share features that work really well with you. Considering I was shooting this through the window glass and doing a quick test this works. I’ll be trying it under better conditions soon. 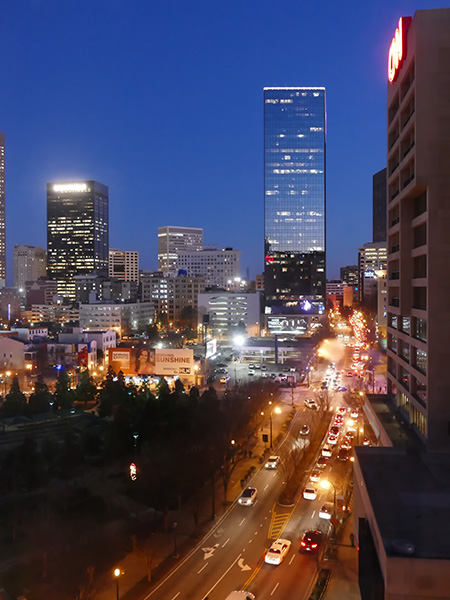 This was captured from my hotel room at the Omni in Atlanta during the PPA Imaging USA convention using Handheld NIght Shot setting on camera. Lumix FZ1000

Tech Talk on the Radio

Once a month I chat with Mike Tabback on KAZM Radio in Sedona.

Time Lapse and leveraging those images in a still. Professional Photographers Association convention.

Backing up Images… And more. 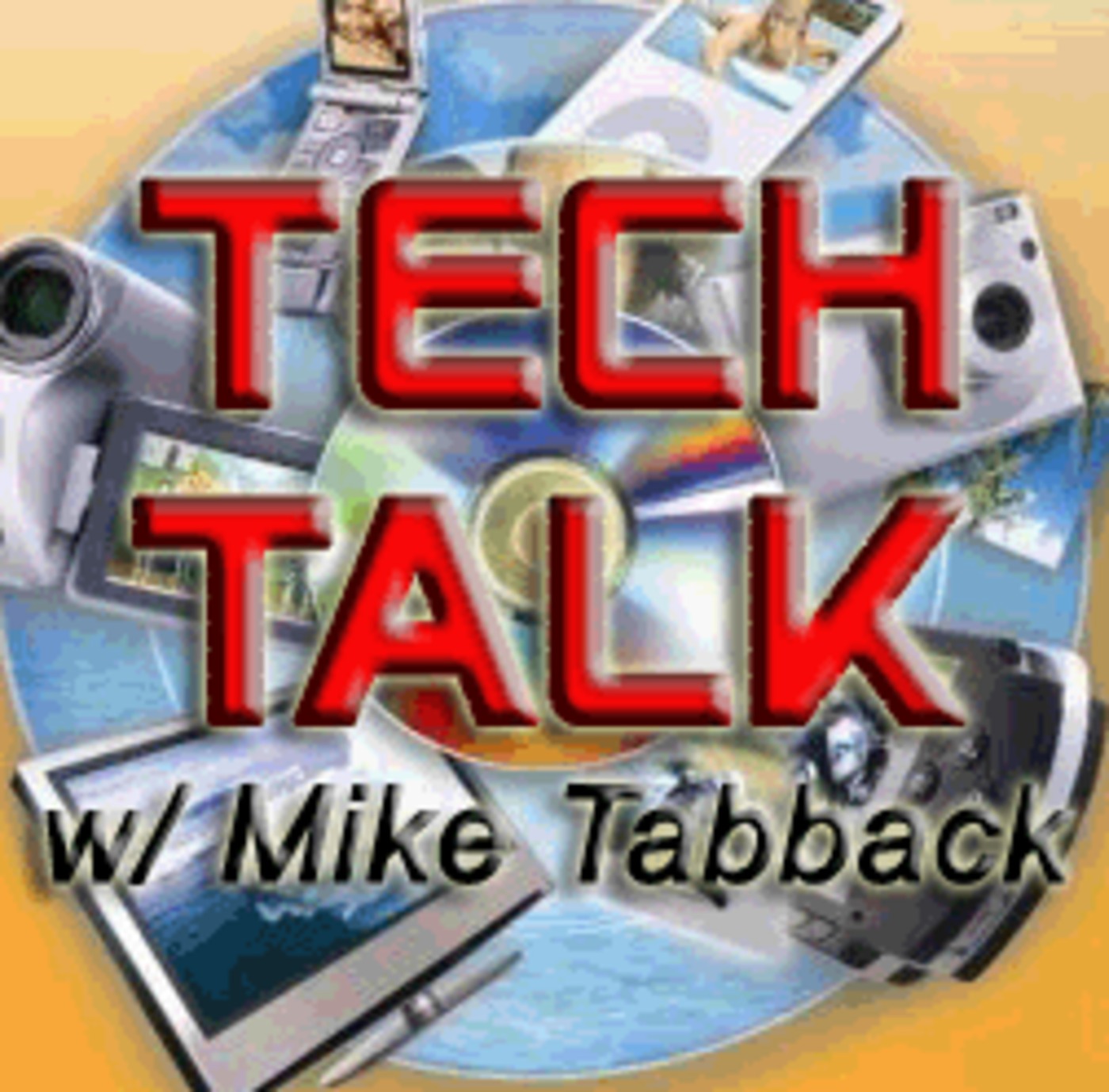 inspired by the unfamiliar

Inspired by the Unfamiliar

Just back from PPA‘s Imaging USA…

And, I can’t tell you how many times I heard, “Oh, you’re from Sedona! You are so lucky to have such a beautiful place in which to live!”

Now I don’t actually dispute that statement because I am lucky and I do live in a beautiful place. But, photographically we all live in beautiful places. Why do I say that? Because it is the light in which makes a beautiful photograph not necessarily the subject matter. Believe me I’ve seen plenty of butt-ugly photographs of the red rocks of Sedona.

The other part of the equation is that I believe we are inspired by the unfamiliar. When we see the same things before us day after day I believe our eyes and minds become fatigued by the repetition. Moving out of my comfort zone to new visuals on a regular basis via the travel I do when presenting programs around the country I find stimulates my creativity. Just by virtue of seeing something I am not used to can lead to creating new imagery that is interesting to me.

Wherever You are is Beautiful

Wherever you are is quite interesting when seen with new eyes. There have been many times a photographer from out of town has come into my neighborhood and shown me new ways to see the beauty around me. And I have shown others beauty in their own neighborhood.

I have found I really enjoy seeing new things. I think the secret is to use the same eyes at home as we do on the road. I suggest you and I try to not wait to travel to look at our own city or town with new eyes… I guarantee you will start creating more and better images. Although it doesn’t hurt to get a little ‘refresher’ by taking a little trip as a reminder.

One Image from the City of Atlanta

The convention was in Atlanta, Georgia. This image was captured from the Onmi Hotel 11th floor. I enjoy the architecture, lines, forms and light as I look out over the city. 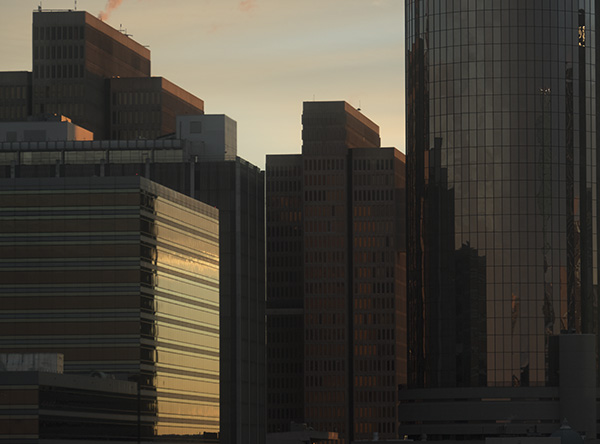 This is pretty much SOOC (straight out of camera) 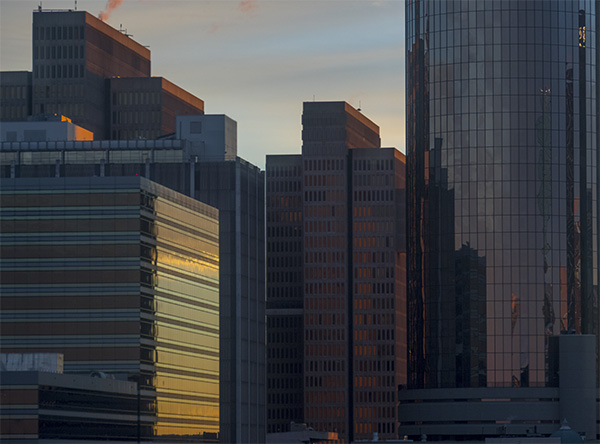 This version is with color correction and a bit of artistic adjustment. 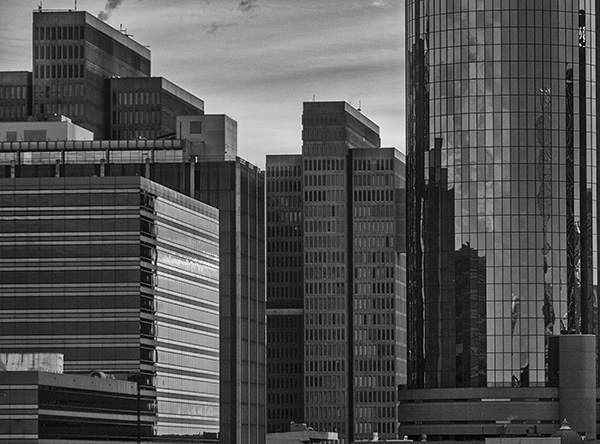 Using NIK Silver FX Pro 2 to create a black & white version makes tone and form more of the star than the color.

All three images have a slightly different feel due to different processing. I’m sure there’s even more but that’s all the time I have today. I be sharing more of my ‘city safari’ images in posts next week.

For those who have inquiring minds about gear and settings for the capture… Lumix FZ1000 1/200 sec f4.5 ISO 200 in Aperture Priority

Conventions. If you aren’t getting out for face to face learning opportunities I feel you are missing out on a vital link to running a successful business. It’s true that there are many ways in this day and age to learn more photography, art and business skills via DVD’s, online learning with things like UTube, Linda.com and Kelby One etc… BUT, in my mind you are missing out on the personal connections and being exposed to new sights and sounds outside your normal working environment. That stimulation can be key to having wonderful breakthroughs in the art and science of running your business.

Here’s the view out the porthole of the plane on the way to Atlanta. Used the Lumix FZ1000 set to macro mode to get the camera close to focus on the rain trails running by my view… 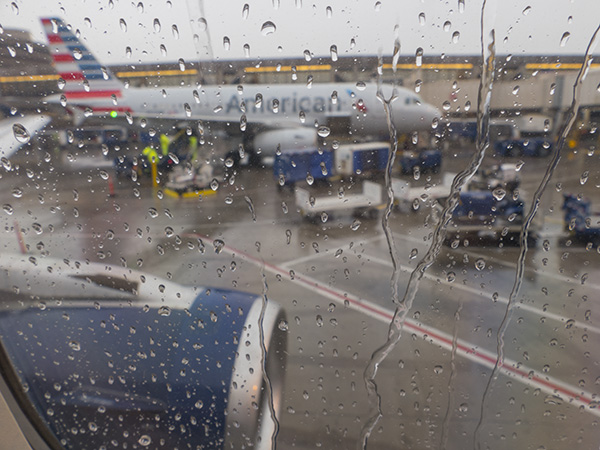 On the tarmac waiting for liftoff in Phoenix, Arizona

If you are here at Imaging don’t forget to say ‘Hi’!